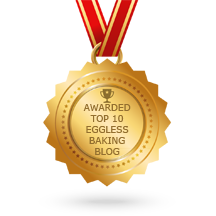 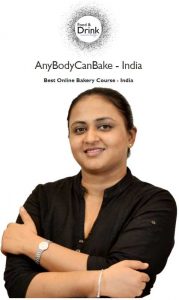 Sonia is among the very few successful baking instructor when it comes to baking with 100% Whole Wheat.

Season 6 Starting on 7 Feb 2021
Exclusive Early bird offers only for the first 100 enrollments. Enter into the world of Blogging
and Start making Passive Income

The Rise of the Home Baking Business in India

The History of Baking | Baking and its importance to mankind

Bread is the first thing that comes to your mind when you think of baking. However, cookies, cakes, muffins, and many other foods are also popular in baking.

The history of Baking

The world’s oldest oven, around 6500 years old, was discovered in Croatia in 2014. Bread baking began in Ancient Greece around 600 BC. (Source Wikipedia)

Egyptians were pioneers in baking and the traces of their baking are as old as 2600 B.C. (Source Baking Times). Egyptians were the one who started baking bread using yeast. Baking and its Importance

Baking was traditionally done at home by women, generally for the family. Commercially, men used to bake in bakeries and restaurants. Baked goodies, especially bread are one of the most important parts of our day to day food.  Human beings have been baking for ages. The history of baking is deep enough to encourage you to start baking at home.

European and American cuisines have a high importance of baking. The cuisine looks incomplete without bread, cakes, pastries etc. that forms a major part of their food. In Asian countries, Chapati is the most common bread in the food. Chapati is one of the simplest forms of baking without an oven.

Baking enhances the flavor and aroma of the food. For those who have been baking at home, they know what I mean when I talk about the aroma of baking. Baking can expand the possibilities of making food healthier. People are moving from deep fried stuff to baked goodies.

Baking is no longer just all-purpose flour, white sugar and butter baked together. Health conscious people have taken baking to a different level. People now bake with millets, whole wheat flour, and multigrain flour. They avoid sugar and extract sweetness naturally. This Ragi cookies recipe with Jaggery is a fantastic example of the same.

The history of cakes dates back to ancient times. Initial cakes were way too different from today’s exotic cakes. The cakes in olden times were more bread-like with sugar or honey added to them. The word cake was derived from the Old Norse word “kaka”. Oxford dictionary traces the word “cake” back to the 13th century.

Historian claims Europeans to have baked the first modern round cake with icing on it. Cakes are made from various combinations of flour, butter, shortening, eggs, sugar, honey, baking powder, and baking soda and flavoring agents. The Internet is full of cake recipes.

A typical question that people have asked time and again is why baking at home? For them buying bread from the market is cheap and easy than doing it at home. The first article of this tutorial helps you understand why baking at home is important for you.

Sonia is an award-winning baking instructor and her baking courses are recognized by all baking enthusiastic. She is a Baking Instructor, Blogger, YouTuber, Author, a Social Media Influencer. Holding her forte as being one of the top baking instructors when it comes to whole wheat baking, Sonia has gain mastery in eggless and healthy baking. She has trained more than 2000 people in the last 3 years and continues to satisfy her desire to transform "HomeMakers into HomeBakers". You can follow her on Facebook, Instagram, and Pinterest. If you like to watch video recipes, check her YouTube Channel.