Back in 2014, when we were moving to Pune, Amit was super excited. No, it was not the city, nor the people here. It was neither his new job nor his new designation. It was the thought of eating vada pav daily. For the first few days, he went crazy for vada pavs. When I objected that it’s too much of oil to eat, he asked me to make him a baked vada pav. I knew he was just trying to push me away from his love for vada pav.

A few days back Amit’s old known friend was visiting Pune, his home town. A meeting was inevitable with this friend who happens to be a great admirer of my baking recipes. The day he landed in Pune, he called up to notify his intention of eating something baked from me.

This was the time for me to delight a long time follower and a friend meeting after almost 8 years. I was clueless about what to make and continued to contemplate. Remembered the famous expression “when the going gets tough, the tough get going”.

A Maharashtrian friend was visiting, so thought of making something that carries the regional flavor. But, this snack needed to be a baked item, a healthy baked item.

Amit once again suggested and reminded me of his old demand of stuffed baked vada pav. This time I really took his suggestion seriously.  Applied my baker’s mind and prepared Whole-wheat baked Vada pav recipe. This sounds interesting na?

What is vada pav?

An aloo bonda (potato vada) wrapped between a pav bun is one of the favorite on-the-go snacks of Maharashtra. Maharashtrian batata vada recipe is a little spicy potato vada that is used in this popular recipe of Mumbai vada pav.

How to make Vada Pav at home?

Once the decision of making baked vada pav became final, I had a clear idea of how to do it. Kneaded the dough and left if for the first rise. In the meantime, I started preparing vada masala. The ingredients are simple. I used mashed boiled potatoes, garlic, coriander leaves, and dry spices. Shaped the pav and baked.

Finally, the famous Mumbai vada pav got a new healthy avatar. Once again pat on my back from my husband and non-stop appreciation from the visiting friend.

The entire evening became so special.

In a bowl, mix yeast and sugar with lukewarm water. Let the solution rest until yeast froths. 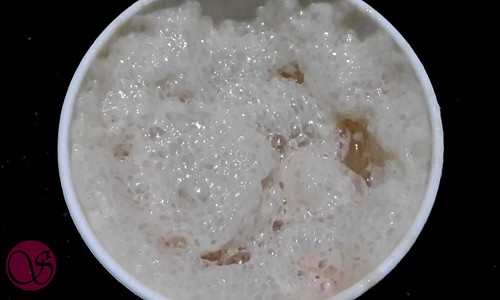 In a mixing bowl, take whole wheat flour, salt, oil, and activated yeast solution. Start kneading the dough by adding water. Don’t add suggested water amount all at once. Every flour has different absorption capacity. So adding water little by little will make easy for you to handle the dough.

Take out the dough on a dusted surface and start kneading it till you get a soft and elastic dough. Place the kneaded dough in a greased bowl and cover it with cling wrap. Let it rest at some dry and warm place until the dough doubles in volume. 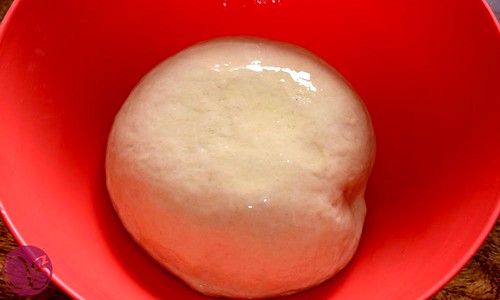 Resting time of the dough depends upon weather conditions. Dry and warm weather is most preferred for the working of the yeast. As it’s rainy season in Pune so the weather is cold and humid. That is why my dough took 40 minutes to rise. 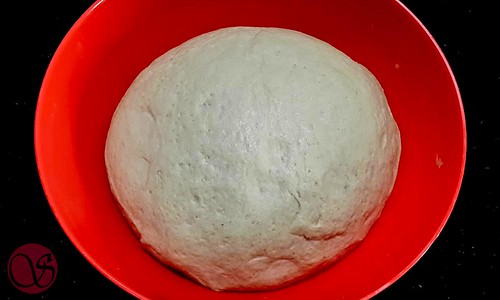 Once dough doubles in volume, punch it to release the air. While punching the dough you need to be firm as well as gentle at the same time. Yeast is a living thing and we don’t want to kill it. Now gently fold the dough and divide it into 8 equal portions. 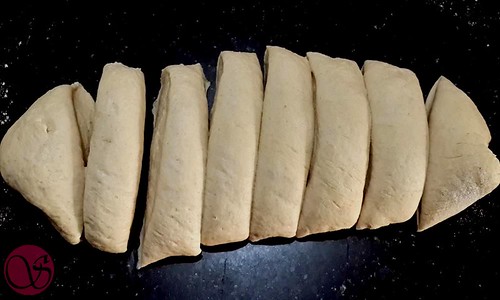 Roll each part into a circular disc. Place peanut garlic chutney, one portion of prepared potatoes stuffing on it and seal all the open edges well. 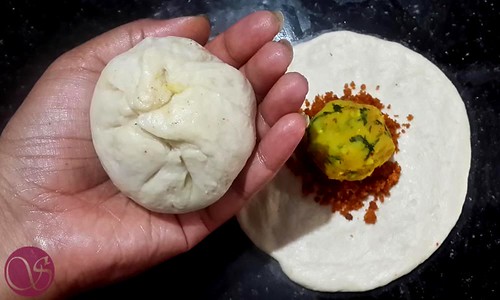 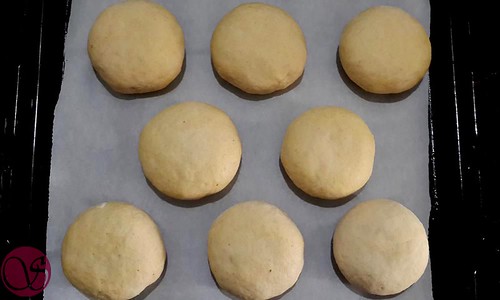 Meanwhile, keep the Oven for preheating at 200 °C (both the coils on). After 20 minutes resting, brush the vada pav with milk and sprinkle sesame seeds. Bake these Pavs in a preheated oven for 25 minutes. 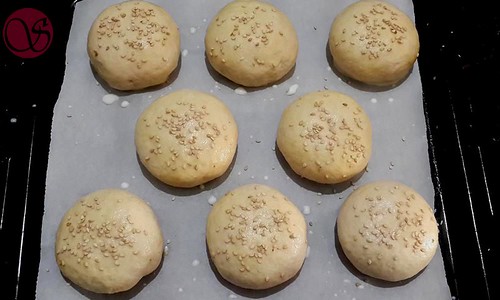 Once the crust turns golden brown, take the baking tray out. Brush the baked vada pav with butter immediately and transfer them to a wired rack. Brushing the baked bread with butter or oil help to soften the crust and gives a glaze as well. 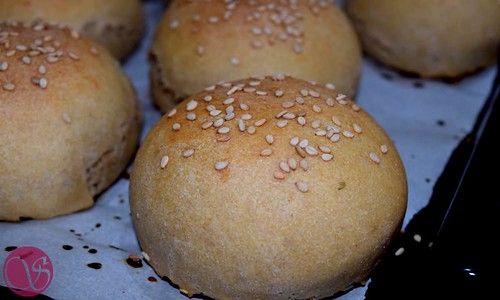 Let the baked vada pav rest on a wired rack for some time and then serve with your choice of sauce. 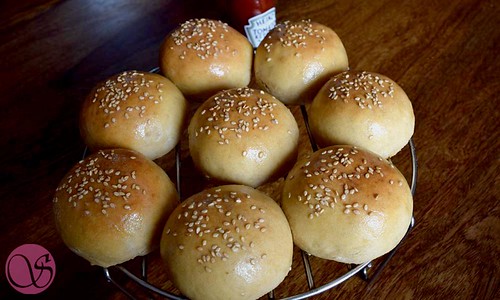 A healthier version of a popular Maharashtrian snack is ready. I am in love with the texture of these baked vada pavs. 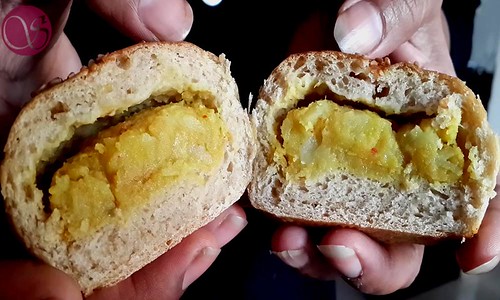 Tried this recipe? Share it with me on Instagram!Mention @bakewithsonia or tag #bakewithsonia

Get your international baking diploma

Let's give Wings to your Home Baking Business with an International Learning Curriculam so you can Crush your Competition and become an Expert in Baking.

Guided hand-holding through business consulting to grow your home baking business in India. Get expert business advice from those who have been training homebakers since 2016.

Start Chat
💬 Talk to me directly.
Hi, I am Sonia Gupta.
You can ask your questions regarding the Diploma Course to me.