Ladi pav, pav bun, Indian Bun, or dinner rolls, there are so many names for this bread. Ladi Pav Recipe is popular in almost every part of the county. But you will find a regional influence on this ladi pav recipe as you move from north to south.

In north people get little thick and dry pav which they love to have with Bhaji. Check my recipe of Pav Bun if you like them in north Indian style.

In Maharashtra or southern side, people generally get flat and chewy pav which they love to serve with vada. My husband is too fond of vada pav and I tweaked the recipe and made it healthier in my baked vada pav recipe.

The name ladi pav is more popular in Maharashtra and the recipe has its special mention in Mumbai foods. Dinner rolls are a similar version of ladi pav recipe popular in western countries that people love to have with soup. 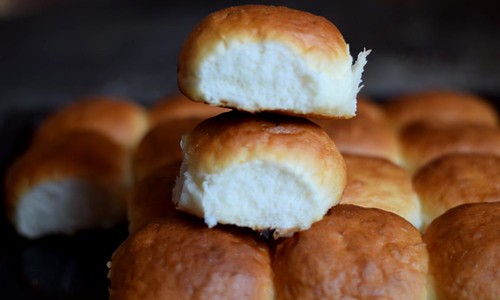 Before we start the recipe let me tell you what is Ladi pav?

This word is a combination of two different words where Ladi means Chain and Pav means bread/bun. So ladi pav means Buns that are stuck together to form a block.

Pav buns are generally light and fluffy especially the Mumbai pav buns which are very much famous for their texture. And today you will be making the same light and fluffy famous Mumbian Ladi Pav Bun Bread Recipe. Surprise your family this weekend with thee homemade pav bun bread. 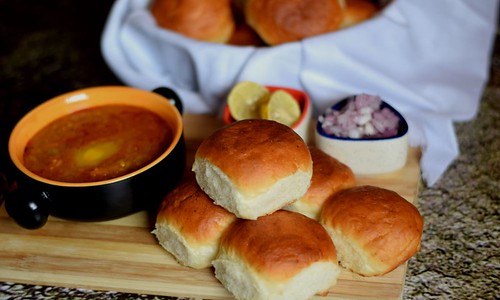 PS: Use conversion table to switch recipe between grams and cups

The recipe starts with the activation of the yeast. I have used 5 gm of Active dry yeast. To all the different type of yeasts, I have used, Prime yeast has given me the best results. To activate the yeast, dissolve it into lukewarm water with a teaspoon of sugar. Stir it and keep aside until it froths.

In a bowl take flour, salt, cream, and milk powder. Mix everything.

PS: Milk powder in the recipe will make the buns flavorful.

Add activated yeast water to the flour. Start kneading the dough by adding little water at a time.

Note: The water amount mentioned in the recipe is 270 ml. This is inclusive of water used for yeast activation. Depending on the quality of flour and weather conditions, the water quantity might vary.

Please note that I have used fresh cream in this ladi pav recipe. This is to enrich the dough. Addition of fresh cream and milk powder will give these pav buns the similar taste and texture of Mumbai Pav buns. 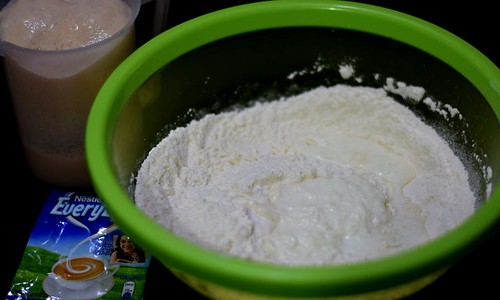 Add oil to the dough and knead it for 3-4 minutes. Initially, the dough might be sticky but continue to knead. 5 minutes of kneading will make it non-sticky and elastic. This is the time to keep the dough in a greased bowl. Cover it with a kitchen towel and let it rest in a warm and dry place until it doubles in volume. 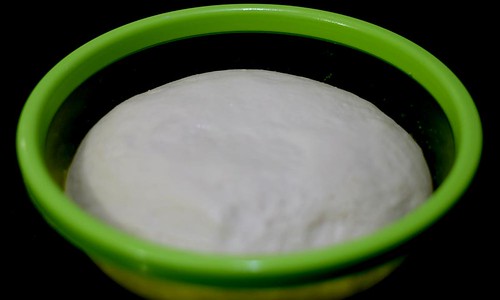 When dough doubles, punch it to release the air. Be gentle while handling the dough as it can harm the gluten structure developed during the resting time.

Divide the dough into equal portions of 50-52 gram each. I got 16 portions. Shape them round and place on a greased baking tray. Leave some space in-between. Cover them again with a kitchen towel and let them rest until they double in volume. 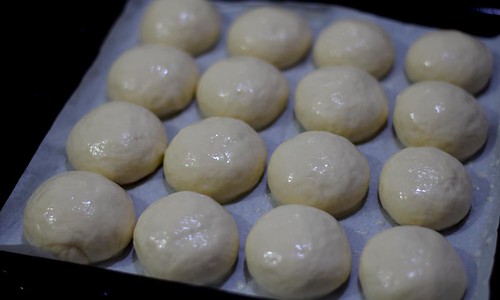 Meanwhile, preheat the oven to 200 °C. Brush the dough with milk before baking. Now bake the buns in the preheated oven for about 20 minutes or till they are evenly brown from the top.

Tip: If you feel the ladi pavs are browning too fast, cover them with aluminum foil and continue to bake. 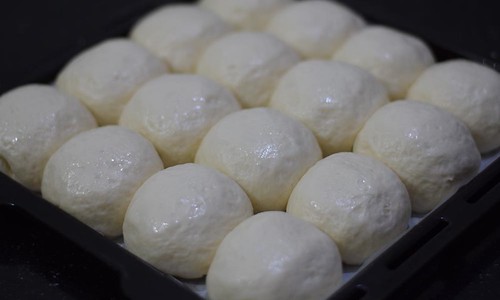 After baking, take the tray out from oven and demold the Ladi pav. Place the ladi pav on a cooling rack and brush them with butter. Applying butter immediately after baking will help to soften the crust. 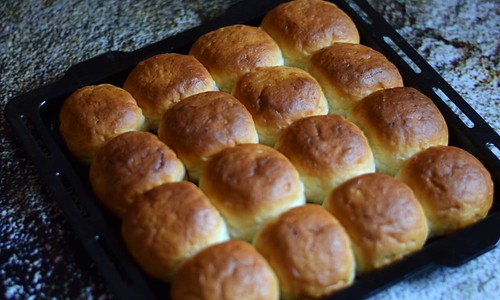 Buy Tools and Ingredients used in this recipe

I am a Baking Instructor, Blogger, YouTuber, and Recipe Creator. I love to experiment with my camera tell stories through my pictures.